Swiffer WetJet® pads and Clorox Disinfecting Wipes®. The filter in your Keurig® coffee pod. And your latest statement from the utility company.

They all have one thing in common. Each contains paper or fiber components made by Glatfelter, one of the nation’s largest paper manufacturers, headquartered in York, Pennsylvania.

Not surprisingly, among their paper-buying customers, they are most commonly known for, well…paper. Glatfelter set out to build awareness of its full scope of capabilities during the 2014 Print Services & Distribution Association trade show—the one chance to get in front of this key customer segment during the year.

Just as technology and the Internet flourish, the centuries-old paper industry faces steady decline. Suppliers are merging. Mills are closing down.

However, rising to the challenge are companies such as Glatfelter, which continues to find new and innovative ways to reshape and refresh its business.

“We make the paper or fiber components for everyday life,” says Courtney Enser, marketing programs manager for the company, which is celebrating its 150th anniversary in 2014. “[Product manufacturers] are looking for [paper] suppliers that are stable, suppliers that are growing and innovating and introducing new products that will be relevant to their business.”

“[We were looking for] a way to introduce ourselves in a new light to current customers, saying we’re not just carbonless, we’re not just white papers, [and] did you know that we did all of these other things,” says Enser.

Enser and her team—together with The F.P. Horak Company, a full-service print and marketing communications services provider—created an awareness campaign designed to both entertain and educate 2014 Print Services & Distribution Association trade show exhibitors and attendees on the full scope of Glatfelter products. 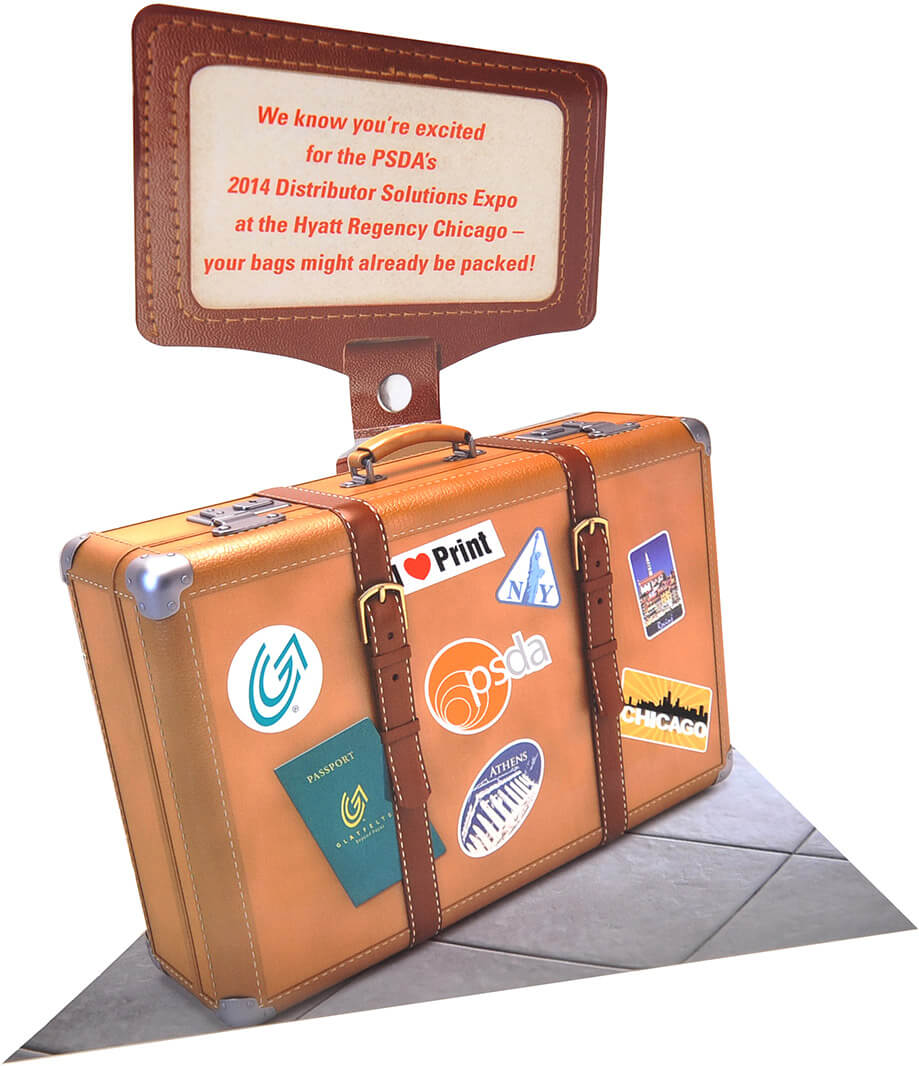 Prior to the show, all preregistered attendees received an attention-grabbing die-cut mailer in the shape of a piece of luggage. “One manufacturer registrant said ‘it was the best pre-show mailer I’ve seen in all the tradeshows I’ve attended,’” says Enser.

Enclosed with the luggage mail piece were a new Defensa pen and a “passport” created from Glatfelter’s line of Defensa security papers. Attendees at the trade show were encouraged to visit Glatfelter customer booths, which were listed on each page of the passport, for a stamp. Stamped passports gained the holder entry into Glatfelter’s lounge-inspired booth for a chance to relax and recharge (all attendees were welcome to recharge their devices; attendees with a fully-stamped passport earned a free charging device).

To highlight the range of Glatfelter products, Enser and her team distributed kraft goody bags filled with different items made from the company’s paper or fiber components. Included were a deck of playing cards, a tea bag, a coffee pod, and more. Centered on a “Did You Know?” theme, each item had a clever fact tying the product to real-life experience. For example, attached to a paper cup was the question, “Did You Know…The cups you fill with water to quench your thirst are made using Glatfelter paper?”

“Our goal is to make people think of a memory, instance, or occurrence when they use an actual product,” says Enser. “We call it putting products into practice.”

The goody bags were an instant hit.

“The way the information was packaged and presented made people interested in what they might be getting.  It drove people to pull each item out and read the individual labels,” says Enser. Many attendees marveled at the variety of items included.

In addition to handing over at least 20 qualified leads to her sales team following the show, Enser notes another important result: Glatfelter garnered the attention of Xeikon, an influential digital press supplier that agreed to test Glatfelter’s paper. The outcome? Now, Glatfelter paper is certified to run on Xeikon equipment and Glatfelter paper samples are in the hands of installers whenever a new press is delivered to a print products manufacturer. 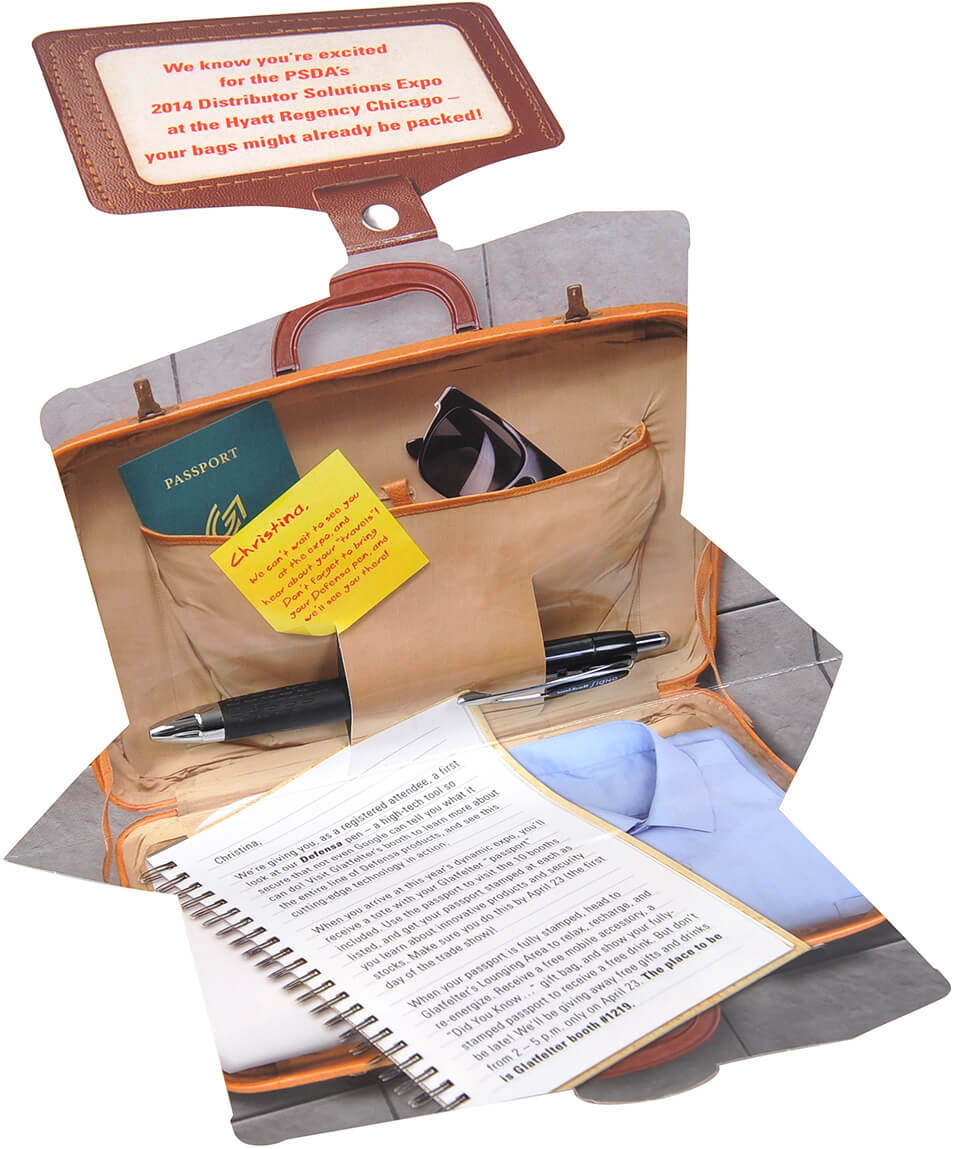